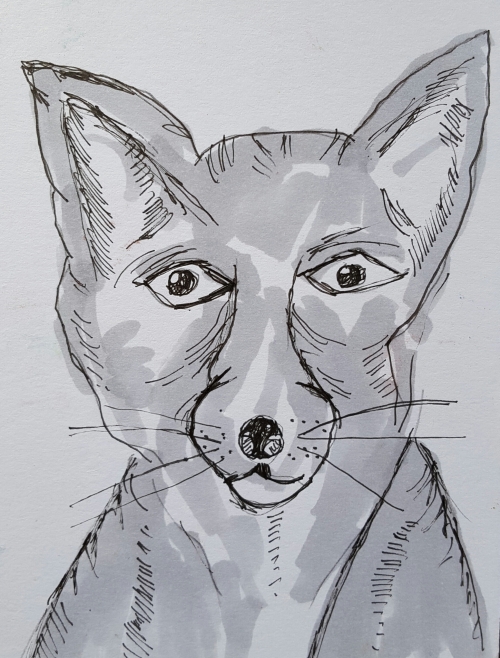 Ghosts. I really believe in them, and see at least shards of them a couple of times every week. With 2017 breathing its last gasps today, they were swirling in multitudes today, spinning in such vibrant swirls that I was dizzy by early afternoon. Only as the light was dimming did I realize that they were all ghosts of me. Not ghosts from some previous life but all from earlier stages of this one. They felt like all of those children that I have chosen not to bring into this world but still feel such a connection with and talk to on a regular basis. They were not wispy or gentle ghosts, but frantic and sometimes angry, selfish,manic ones, some on the verge of hysteria and clearly oblivious to this current version of themselves that they were too self absorbed to see. But late in the afternoon — 4:18 p.m. to be precise — one of them paused for less than an eyelash of a second and we made eye contact. Our palms reached towards each other but did not quite connect. The hysteria returned, the ghosts went soaring forward like the taillights of SUVs on the 405 trying to get to somewhere that they could not yet identify. And as the lunacy faded, I managed to forgive them, one by one. Slowly I could see each ghosts as someone I would never see again, the remnants of which dim with each passing year but may return in a flash unannounced. As their annoying chatter suddenly began to sound like the glorious flutter of hummingbird wings, I found that I could actually let them know that I loved them. They were too far in the distance to hear me, but I could see those words floating above me too quickly for me to retract, like an outrageously gorgeous paisley scarf floating above rooftops that may never be seen but is content in its own perfect containment.

Gussie and the Boys

There’s Something About Mary 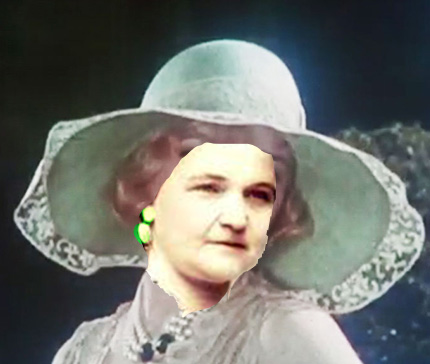 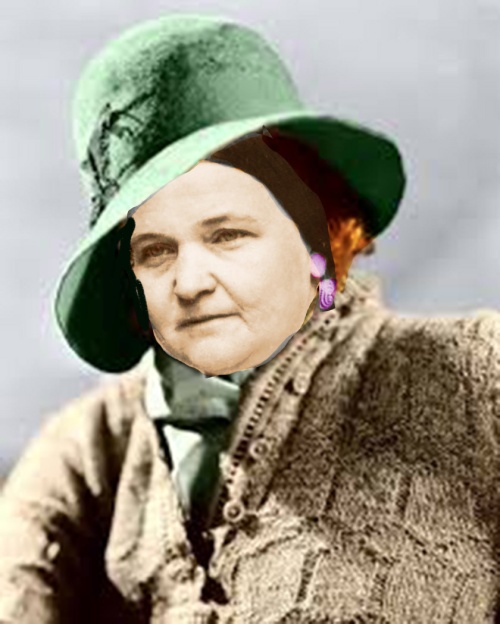 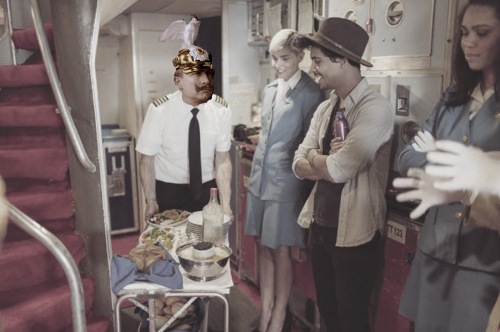 The short lived Kaiser Wilhelm Air was one of those things that soared in concept but floundered in execution.

The first class lounge of Kaiser Wilhelm Air was noted for subdued elegance, impeccable service, and being served a warm Kaiser roll and cold stein before you were even asked to fasten your seatbelt.

Although they consistently had a remarkable record of being the only carrier in the industry with a 100% on-time record, anonymous customer satisfaction surveys for Kaiser Wilhelm Air described service as being “cold” and “stern”. Further, there were complaints of their practice of shooting down any planes that got in their way as appearing to be “aggressive”. 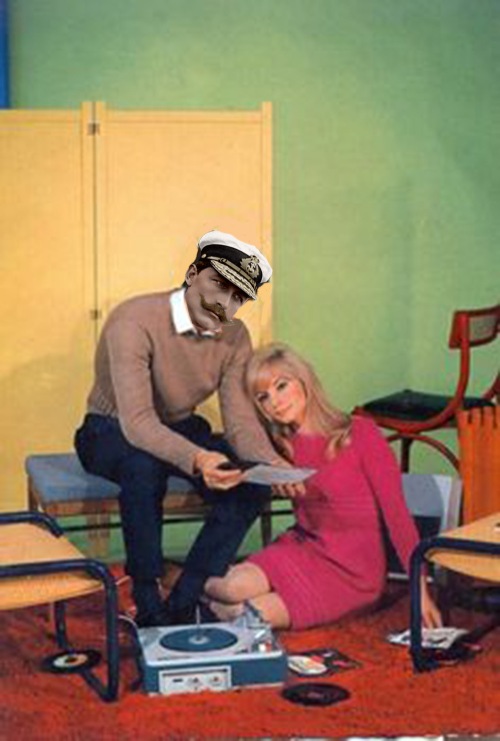 Although Kaiser Wilhelm made a gallant effort to pursue a number of personal relationships during layovers in San Diego, the hub city for his airline, he never mastered the laid back approach so necessary to being a player in Southern California. 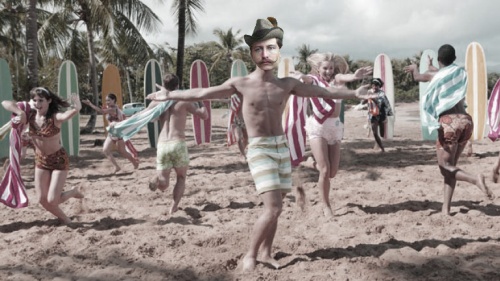 Perhaps nothing was more awkward for Kaiser Wilhelm than when he was asked to join members of his western hemisphere airlines crew for the dreaded beach party.

Posted on October 24, 2016 in Doodling, Uncategorized

To find new things, take the path you took yesterday.

On my Monday morning commute, KALW-FM’s My Mixtape featured a local journalist named Nathanael Johnson who selected “Cantique de Jean Racine, Op. 11” by Gabriel Fauré, a work of Fauré’s that I had never heard. His comments about this gorgeous piece were very brief, just a few sentences. But I was struck that as a young teenager he was attracted to it and especially his turn of phrase that the piece had a de

ep mysticism to him and embodied “everything that I don’t understand and is wonderful about the world”.

At a time when nationalism and isolationism are on the rise, I found it reassuring to hear someone praise the attraction of the unknown, the other, the foreign.  When it was mentioned at the end that Johnson is a journalist and author, I looked him up and found that he had just published a book titled Unseen City.  The title alone appealed to me, and when I read the description and viewed the trailer for it I knew I had to have it.

That evening, I dropped by Alley Cat Books to find it.  They were out of it and ordered me a copy. While I was there I saw an

equally intriguing, similar book called On Looking by Alexandra Horowitz whose Inside of a Dog I really liked.

With another Monday about to roll around I am about half way through the two books that are similar in sensibility but each has its unique perspective. Both argue that there is a lot of nature in our urban environments.  One book share’s the perspective of a woman in New York who engages 11 “experts” — including her 19-month old son and her dog — to go with her on walks around the block.  The other is written by a man initially in San Francisco and then in Berkeley.

Both argue that there is an entire universe in one city block, even a very familiar city block that we walk every day but do not take the time to observe.

I was equally engaged with the book Crow Planet: Essential Wisdom from Urban Wilderness by Lyanda Lynn Haupt that I discovered about a year ago as another entry into the world of urban naturalist literature.

But Horowitz goes beyond naturalism to the greater issue of perception or more simply, as the title suggests, looking. Just as individual witnesses to a crime may have different perceptions of what happened, the same is true of even our most familiar environment. 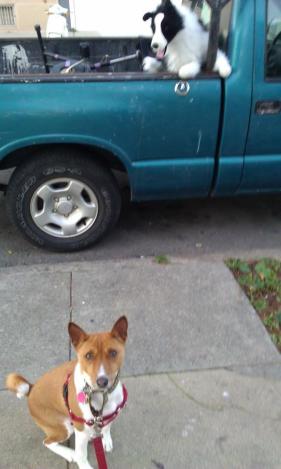 Until four years ago, I spent nearly 25 years working in the international field and traveling the U.S. and the world up to half of the year.  It was a deeply enriching experience but ultimately exhausting, and I felt that I was not seeing enough of my own home city or own neighborhood.  That also began to change eight years ago when basenjis entered my life and two or more walks a day are a part of our daily routine.  I see the neighborhood and am seen in a very different light.  I now know all other dog owners in the area, and people who probably never would have talked to me do so because of their interest in my basenjis.

About year and a half ago, the local news outlet Mission Local ran a series called Good Morning Mission in which readers volunteered to take photos of one square block early in the morning just as the neighborhood was waking up.  I participated first by documenting a stretch of my street a few blocks north and then my own block.  The process of capturing details of the familiar required not dismissing things I see every day as boring.  And looking at these images just a little over a year later is surprising to realize that there is drama and beauty in the mundane and the familiar.

In On Looking, Horowitz’s son is intrigued by stand pipes and addresses them by name, patting them on the head.  I have passed by stand pipes countless times in my life and have given them little thought and have also not really known what they do.  Now I do and can see that they do have a certain personality.

Posted on August 11, 2016 in Doodling, Uncategorized 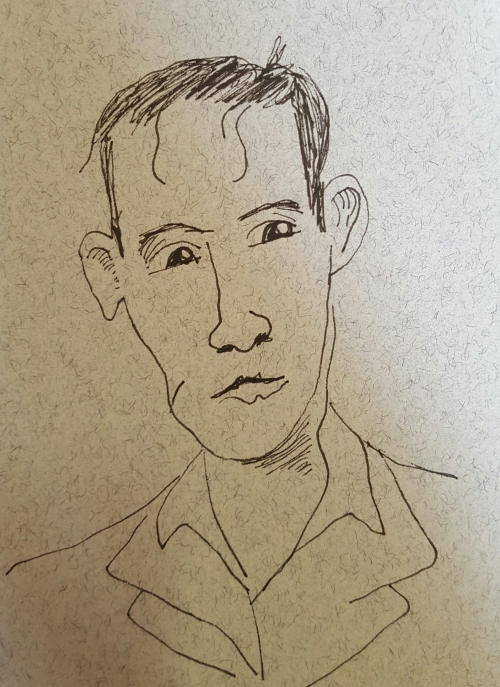